If you ever tried to become a Social Media Influencer and you failed is because of 10 reasons I’ll be showing you in this post.

You may be wondering, who the hell are you to tell me how to be a social media influencer?
If you thought so, you just made a good point.

I’m not a social media influencer.
But let me tell you something, I will be.
I know it. I know I want to so I will or I will fail trying.

I will turn 34 this year. It’s just the perfect time of my life.
I feel old enough to talk yet young enough to learn still.

However, it’s not a matter of how old you are.

I mean, you can become a social media influencer whether you’re 20 or 60.

Who am I to tell how to be a social media influencer?

Becoming an authority in whatever industry is not something that you can learn in school.
None taught me the things that I know today. None got even close to giving me the knowledge I absorbed by doing stuff.
Not in high-school, nor at uni or during my master.

A few years ago, when I came to Australia, I started working as a waiter in a restaurant.
All was nice, people, clientele, food. Except for the pay. That was really garbage.
I worked my ass off for three years, for $15 an hour initially, about $20 when I moved to another place.

I had to do it. My English wasn’t good enough to build my credibility to open gates with people.

Today I know I was hiding behind a finger.
It was not my English that needed to improve. But my confidence.

How I’m crushing it

I had a passion for marketing, web design and all web-related stuff.
Furthermore, I have always had a natural tendency to build relationships and do networking.
I studied and practised SEO, web design, social media every single minute I had, before and after work.
I read any articles I could find, watched any video courses on Udemy and Youtube and listened to many audio books about those topics.

I wanted to start a digital agency and help others to grow their business online.

When I decided to give up hospitality to start my digital marketing agency, I had no clients, little money and only a few contacts.
But my ambitions were big.

My revenues at the end of the first year of business were just above $10K. But I considered it as an investment. And my wife always supported me.

We never really struggled financially. She has always had a full-time job so that we could pay the bills and live decently.

However, not making money was a burden for me. I was feeling quite miserable.

Back to the question of who I am to tell you how to be a social media influencer…
I’m just a regular guy, who:

I consider the last few years an incredible professional success for me.
And for Goodness sake, who knows how many amazing things will come next.

The way I laid the foundations of my business was nothing more than helping others for free.
Offering myself as a problem solver for all digital marketing and web design stuff created that self-confidence I needed to tell myself: “hey, I could do this as a business”.

The Stairway to be a Social Media Influencer

And it’s so easy to find them and get in touch.
Real social media influencers are those people who love giving.
They don’t claim themselves as influencers. It’s the audience that decides.

What I’ve learned over the years from social media influencers and great people in general, is that any formula, method, scheme, book, blog that contains anything similar to:

it’s junk, end of the story.

Do you want to succeed in business? You have got to work hard.
Want to sell more, you must influence people first. You must be a guide for them.
You don’t build a relationship with people; you won’t have a long and bright future.

There’s a huge difference between marketing and sales.
Marketing is emotions. Sales are sales, cold transactions.
Marketing is taking the time to give value; then it comes the sale.

I don’t claim myself a social media influencer. My social profiles are in a growing phase. And this is because I started investing on my owns, rather than spending 100% of my time working for clients.

But, I’ve observed, learnt and asked questions to real social media influencers and successful business people. I work with them every day, and I couldn’t live anymore without their influence.

I’m not a social media influencer, but I believe that a part of me already feels I am, and is waiting to get out there.
And that’s because I decided to apply 10 simple yet incredibly effective rules to my life and stick with them because I know they are familiar to all the people who have seen success in their life.
Let me explain them to you right here.

You can’t be good at everything. But you certainly have some talent, even if you’re not aware of.

Some people, like Gary Vaynerchuk and Peter McKinnon, became social media influencers because they have found their strengths. 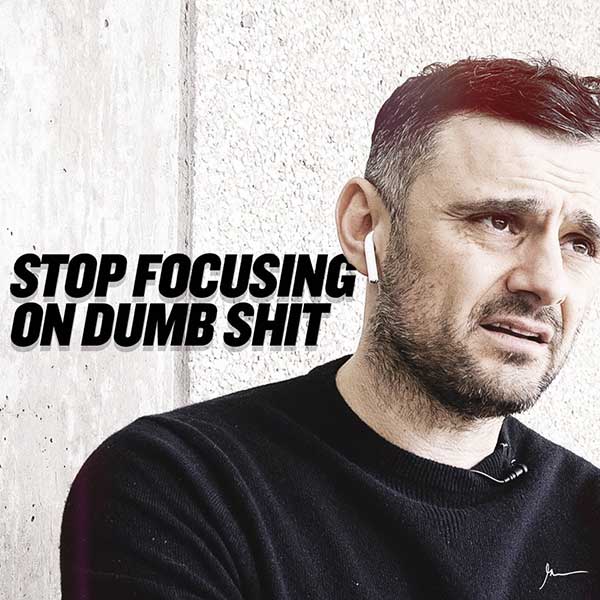 They are nothing more than regular guys, who decided to make their talent public on social media.

They became stars because people wanted to learn from them. And they shared their secrets with them, for free. The audience came back for more, and more, and more every day. Like a stream, that grows with the rain.

That’s all crap.
I hear these garbage every day. I wish I could kick these people’s ass one by one.
You have all the time in the world. At least, you have the same time as successful social media influencers have.

But you have to make decisions with your life.
Work or watch Game of Thrones.
There’s no way in the middle. You want to succeed; you must work hard.

4. A social media influencer thinks less and does more

If you have to make a plan for your next move, you will struggle more. You may do good in the short term, but you will inevitably lose enthusiasm as time goes by.

Things change, so you do. It’s in the human nature.
Planning every single thing is stressful.
Social media influencers don’t plan everything. They are just themselves. They spontaneously document their life by letting it flow. So things come out naturally and wonderfully, without friction.
They love what they do and make good money by living their life.

5. A social media influencer documents rather than creating

Creating valuable content on a daily basis is tough. It’s not a 9 to 5 job, where, in many cases, you’re required to do the same stuff every day.

6. A social media influencer cares about the audience

As the opposite, a salesperson is by definition someone who tries to sell you stuff.

He or she does it for a living and may love or hate the job.
That’s the real difference.
A social media influencer cares about the audience and would never promote something he doesn’t genuinely like.

A social media influencer doesn’t lie. At least, not for long.
Success comes from the fact that he sticks to his DNA. And his DNA tells him to keep being spontaneous because it’s who they are that made their success on social media.
They found who they are in life and decided to let the world know.
Obviously, they must have something interesting to say to keep engaging.

8. A social media influencer does the things that matter

Being a social media influencer is hard work. Imagine the pressure when you have thousands, if not hundreds of thousands of followers craving your next post.

Sometimes, I like to watch the behind the scene of making youtube videos. It’s insane how much efforts lives behind that 5-10 minute video.
You must watch this…

That was hilarious.
Whatever it takes, they do it and, most of the time, they have to sacrifice a bit of time with friends, family, hobbies, movies etc.
They do things that matter to them.

As far as you breathe and you’re alive, you have no right to make excuses.

If you really want to be a model to follow you have to switch your mind to the I-Can mode.
Age, social status, the colour of the skin, accent, wealth, health, handicaps etc. have been demonstrated over and over again to be not a limitation.
Nick Vujicic is the best example I can bring you.

10. There is no overnight success

A fail is a thousand times better than regrets.

In one of his videos, Peter McKinnon, said that even if he had very few views on his Youtube channel, he decided to go all-in.
He made making Youtube videos his full-time job.
Consider that we are not talking about leaving a job for another, or for starting a business.
Doing something like that means jumping in the dark.
But, also means a firm belief in himself.
Many social media influencers risked all, and some gained big. They’re the new rock stars.

Being a social media influencer is nothing less than being a business person or an entrepreneur.

It has quite the same pros and cons. If you made it thus far reading this, I bet you’re motivated to start influencing people in your niche with your ideas.

And let me tell you, that’s really great.

Start now, forget about money and short-term success and focus on giving. Whatever it’s worth sharing, share it!

Find your voice, your personality.

Don’t try to be someone else.

Just be yourself, and you’ll see you’ll be awesome.