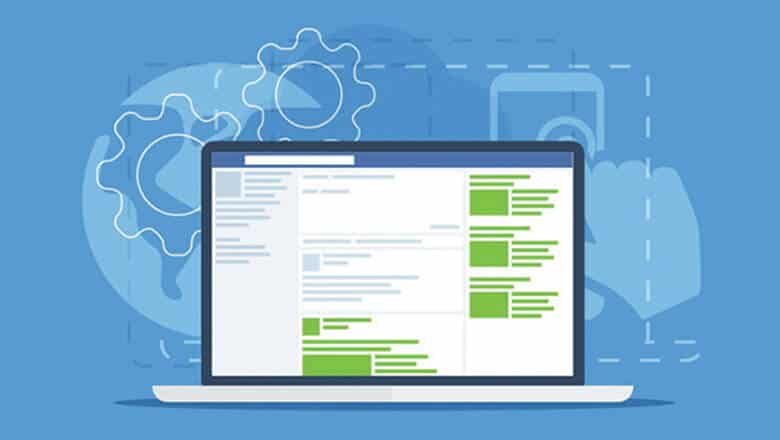 Today I’m excited because I’m sharing five of my absolute best Facebook Ads tips and tricks that are responsible for generating millions and millions of dollars for my client’s businesses, and I know they can do the same for you.

It doesn’t matter if you are just getting started with Facebook advertising or if you’re a veteran.

The following post is going to act as a good reminder of things that you may already be doing or things you’re definitely going to want to start applying in your Facebook ads campaigns.

These tips you are presented today will help you to increase your Click Through Rate, lower your Cost Per Click, and mainly just create a more profitable and more effective campaign all around.

Now, before we dive into the tips and tricks, it’s essential that you understand the reason why these things are so useful.
Above all, it is because they rooted in strategy and basic marketing principles and fundamentals that have been tested and improved for years.

What we are going to cover not only apply to your Facebook ads, but also to any YouTube ads, to email marketing, in addition to any other pay per click or direct response, or even content marketing.

And that’s because the strategies and the principles are all grounded in excellent research on the way that humans make buying decisions.

Having said that, let’s go right to them.

I just got back from a long trip to a city called Turin, in Italy, which is located on the north-west side of the country.

Now, Turin is famous for many things, like the 2006 Winter Olimpic Games, but it’s also known for the fantastic “gelato”.

There’s this place, called Grom, which makes the most incredible ice cream I ever had.

The lineup was out the door, and it took a long time to get a gelato. 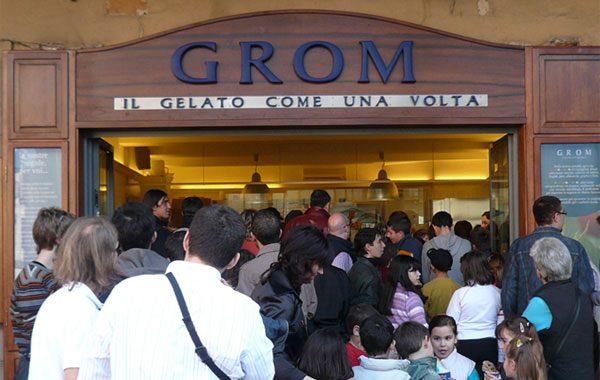 Regardless the fact that the gelato was really good, the lineup most undoubtedly contributed to improving their marketing.

The reason we decided to try it, was because not only did it have a lot of reviews and many people talking of how good it was, but also that lineup out the doors signified this place was worth trying.

In essence, my friend, that is the power of social proof and one of the key things that you want to leverage in your Facebook ads.

In other words, the principle of social proof says that ‘what other people like, you’re probably going to love it too’.

It somewhat allows you to cut up some of the mental efforts of deciding by merely basing your actions on actions that others have taken before you.

In the case of Facebook ads, you want to create one Ad ideally, and leverage the social proof anytime you build new Ad Sets or a new Campaigns, by going to the page post and using that as an ad, rather than creating a new one from scratch.

In a word, it’s going to show all of the likes and all of the shares and all the comments across your campaigns rather than having to start from scratch every time, which will reduce and weaken the social proof aspect of the ad.

Consequently, when someone is scrolling through their newsfeed, and they see an ad with a ton of social proof, well, it makes them more likely to click through.

It also sends a compelling message to Facebook saying: “hey, this ad is valuable, people like it they are engaging with it”.

As a consequence, your costs go down as engagements go up. Not to mention that you will get better results from that ad.

And that’s going to lead us nicely into point number 2.

When you’re creating Facebook ads, you want to do everything in your power to increase the engagement on those ads.

In like manner, by increasing engagement in the ads, again, what you are doing is you’re sending a powerful message not only to others looking at the ad (hey you, this is worth interacting with!) but also to Facebook.

And right now, Facebook is prioritising engagement on their ads.

They want to see people engaging with the content; they want to see them sharing it and liking it in writing comments and have the conversation and, mainly, keeping people on the Facebook platform as long as possible.

If you understand that Facebook wants to keep people on the platform as long as they can, and you do your part in helping them stay on the platform, you’re going to do a lot better.

Consequently, Facebook will reward you by showing your ads to more people for less money.

So far you learned that you need social proof, plus, we’ve covered that you want to create an ad that is going to boost engagement.

Next, the way to do this is to write your ad casually and conversationally.

Essentially, what you want your ad to say is ‘I am not an ad’.

You want it to appear like if it’s right in and it’s just like a conversation you and I are having right now.

Making it look like it belongs there and could be from one of your friends or one of your family members, your colleagues from work.

So how do you write conversational ad copy?

Now, if you’re not used to talking to a tape recorder or a camera, all you need to do is have a friend and go out for a coffee.

Ask questions about your business, then make sure to record the answers on your phone and then transcribe whatever you’ve said into words, and you got the basis for some pretty good copy.

The first thing to remember, make sure you keep it entirely casual.

Make it look just like you have a chat; like you were with any other customer or any other client, you are intimate talking to. 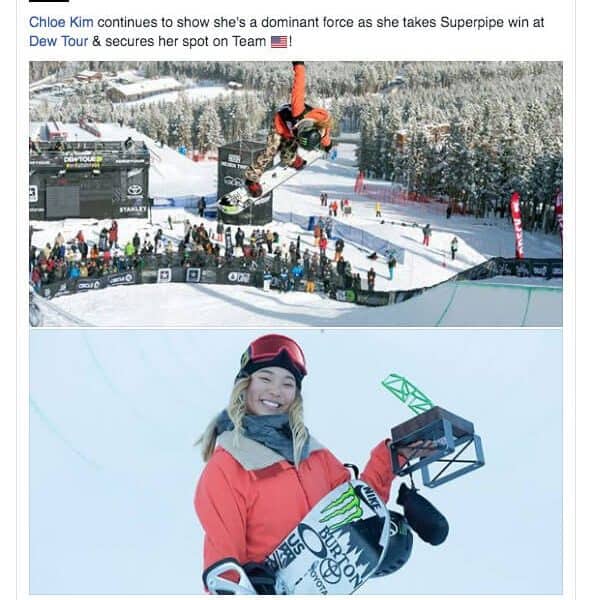 Look at the ad above from Monster Energy.

They kind of make me feel like “hey, I don’t know who Chloe Kim is, but I should, probably…”.

The way they write their ad copy is so confidential that if you don’t know what they’re talking about, is like your problem. They talk to you as you were there watching that girl snowboarding and the only thing they want you to say is probably simply: “Yeah, that’s cool!”

Tell the story if you can. Make it relatable and don’t be afraid to include some emotion into the ad copy.

After all, people buy based on emotion and not based on facts and statistics.

So far we’ve got the basics of our Facebook ads done; we know that we need to leverage social proof, we know we need to increase engagement, and we need to write conversational ads.

The next thing to do is we need to focus on targeting and find who we are trying to put this perfect ad right in front of.

And that comes down to leveraging lookalike audiences.

Lookalike audiences have been compelling assets for Facebook Ads for years, but they have gained massive attraction in the last little bit, making them even better and even more accurate.

One more thing you get to choose when creating a lookalike audience, and that is how similar you want it to be to your original list.

To put it another way, Facebook allows you to decide a percentage, being 1% the most similar and 100% the least.

1% means telling Facebook to take the 1% of all the Facebook users in your target area, which are the most similar to the list you provided.
The higher the percentage gets, the broader and bigger the audience becomes.

1% lookalike audiences are some of my campaign absolute highest performing targets. 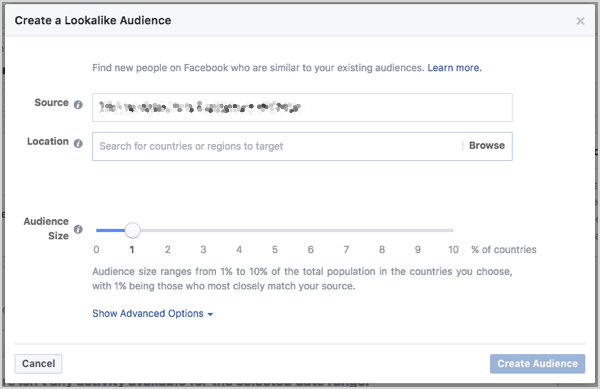 Now, obviously, if you are just starting out in business and you don’t have a customer list of clients, you need to build up that lookalike audience.

And you do it just by running some ads. Once you have run ads for some time, given that you have installed the Facebook Pixel on your website, you can build a lookalike audience from website traffic or leads that you have captured.

But remember, that lookalike audience is mighty, and you want to try and build it as quickly as possible.

What we have covered so far may seem pretty straightforward, but when done correctly, these tips have been responsible for generating millions and millions of dollars in revenue for my clients, and I highly suggest diving into each and everyone and seeing how you can apply it in your campaigns.

The final piece of the puzzle is one I’m probably most passionate about, and that is finding the perfect image for your Facebook ads.

In fact, I believe you should spend as much if not more time on the image you choose than to write the ad copy itself.

If you think about the action someone takes when they’re quickly flipping through their phone and scan into the newsfeed, what you’ve got to do is something to quickly capture their attention and get them to stop the scroll, so they actually read your copy.

Because, ultimately, the best copy in the world doesn’t mean anything if nobody stops to read it.

Under this circumstance, when you’re trying to find that perfect image, you want to make sure that it really packs a punch.

Of course, a beautiful image makes a big impact on your Facebook ads, but it’s not enough.
You must ensure that it also tells a story because, even if your images make people click, it doesn’t mean they will get conversions later down the road.

Try to imagine when you’re picking up a perfect image for your Facebook ads.

What would you choose if you couldn’t write a single word of copy?

You should find a picture that really tells the story, that is really packed with that emotional punch and drives people in, getting them to stop the scroll and click on the ad.

If don’t know where to start to find beautiful images, well, no worries at all. Here’s a list of three of the best places to download images for free: 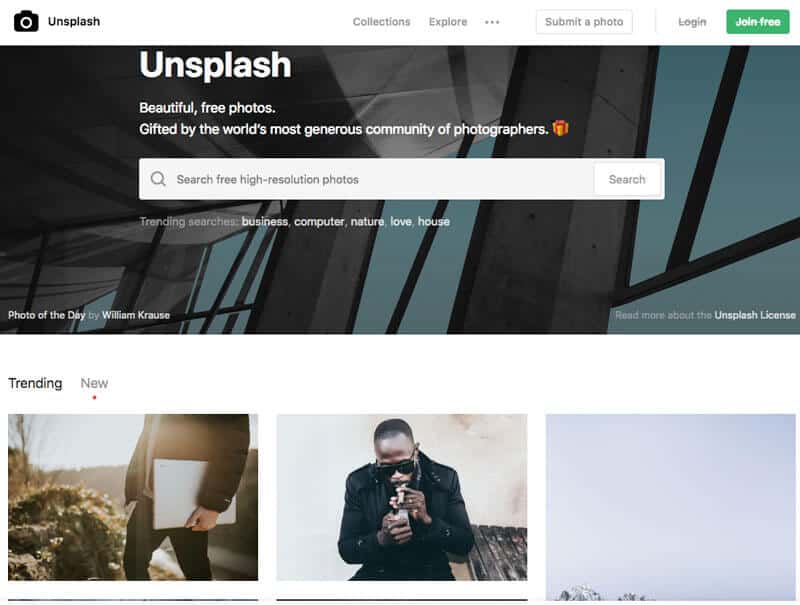 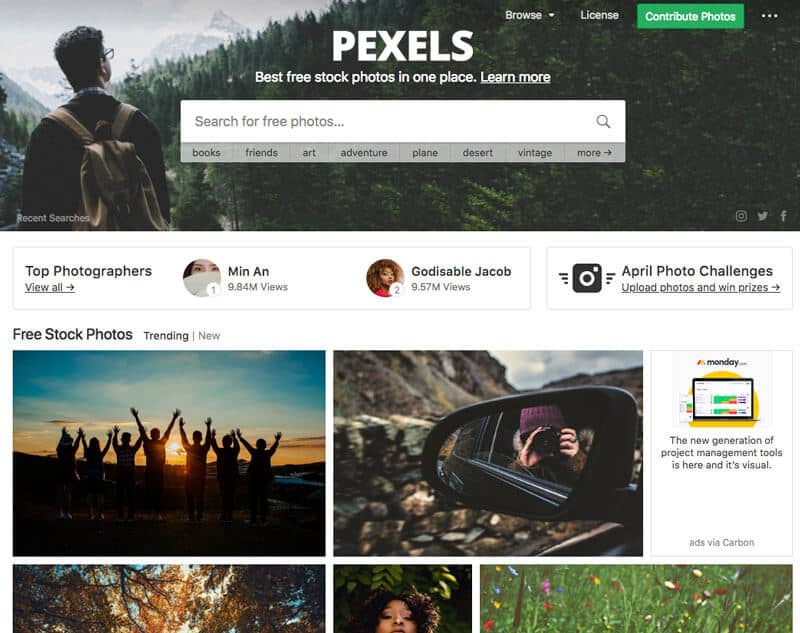 #1: make sure you leverage Social Proof by using the same Ad across all your different campaigns and Ad sets.

#2: do everything you can to increase engagement because engagement is what tells Facebook that this ad is really valuable, people are liking seeing it and they’re interacting with the content. And because Facebook is prioritising engagement so much right now, your cost is going to go down, which is always a good thing.

#3: you want to write your ad with a conversational tone. Make your ad say ‘I am not an ad’ by being friendly, by being persuasive but also being casual and having a conversation just like we’re doing here.

#4: do everything in your power to quickly build up and then leverage lookalike audiences from your customer list, email list, website traffic, any leads you manage to acquire and anything like that. Lookalike audiences are more powerful now than they have ever been before, so highly worth using, especially those one percenters.

#5: lastly, you really want to focus on picking the perfect image for your Facebook ads.

I hope this is helpful to you when creating your next Facebook advertising campaign.

Please let me know your thoughts in the comments right below.