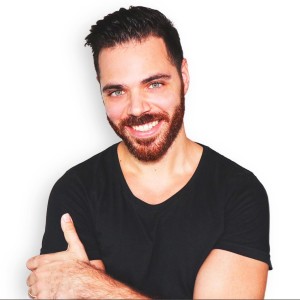 WhatsApp will insert advertisements: the most feared day has arrived. In a commentary on several posts, WhatsApp vice-president Chris Daniels confirmed that the popular messaging app will start showing ads:

“Yes, we will post advertisements in the Status and this will be the main way of monetisation for the company and an opportunity for other companies to reach people on WhatsApp.”

We have heard several times that Facebook is pushing for the monetisation of WhatsApp, acquired at a stellar price years ago, but nothing was made officially public until now.

This news encourages supporters of WhatsApp’s competitor, Telegram, which remains free (and super secure on privacy).

Co-founder Brian Acton – who left the company in 2017 – recently said that Mark Zuckerberg would plan to include advertising in the instant messaging system even before the 2014 negotiations were completed, with the company rating at the record price of 19 billion dollars. Billion…

If you’re wondering why Facebook has bought WhatsApp at the same price they could have bought Uganda (the country), the answer is simple:

Facebook makes use of the information people exchange when messaging on WhatsApp. By doing so they obtain incredibly precise data about your interests.

This data is then used to drive more and more relevant ads to those people, making life easier and cheaper for marketers.

I know it sounds dodgy and seems they’re invading your privacy. However, think of ads as something you can’t ever completely take off from your life. You must accept them as a normal thing.

As I said multiple time, I’m not a Facebook fan. Nevertheless, almost anything Facebook does is aimed at offering a better service to users and businesses.

In a nutshell, by acquiring WhatsApp, Facebook offers better service to businesses who need to promote and to users who only want relevant stuff, or rather nothing.

Let me give you a quick example, what case would you prefer?

Facebook ads: “We found the best rates for your home loan!”

Facebook ads: “50% OFF on mojitos today only at Mojito Bar around the corner!”

Those who have been using WhatsApp for several years remember well that, before the acquisition, the app required a charge of one dollar per year (89 cents, in Europe) to be used. Since it became free and had drastically increased the number of users, Facebook has considered different approaches to monetise with WhatsApp.

The range of options included the insertion of announcements, the sale of data analysis or a commission after a certain number of messages sent.

Daniels’ comments suggest that the path taken is the first one, that of the insertion of advertisements in the status.

Where WhatsApp Advertising will appear

If the idea of seeing WhatsApp advertising annoys you, in reality, the situation is less “dramatic” than it may seem. To reveal the ways of inserting ads in the app was precisely the VP of WhatsApp.

The advertisements will be in the WhatsApp stories, the so-called “State”, and this is probably good news for many users.

The main fear, in fact, was that the insertions were inserted in the chats, thus going to affect the individual and group conversations. It will not be so, and this will make you breathe a sigh of relief.

Of course, WhatsApp Status seems to be very well followed: as stated by the head of Facebook at the F8, are followed by about 450 million users a day.
As a comparison, the Instagram Stories collect 300 million people, while Snapchat stops at 187 million. Crazy.

How to launch a WhatsApp advertising campaign

As of today, WhatsApp advertising seems to be available already.
However, it’s clear it is still at an early stage, and I’ll show you why soon.

Advertising on WhatsApp will be managed through the Facebook Ads Manager.
Let me guide you through the process so you can copy what I do and try it for yourself.

Before I go ahead, let me tell you that to run WhatsApp ads you need WhatsApp for Business and at the moment it is only available for Android (WTF?).
Thinking that these people are just dumb for not making it available for iOS would probably not explain.

I’d instead say Apple hasn’t accepted to participate in this yet. But, at the end of the day who cares why. WhatsApp ads will be available soon for iPhones, one way or the other. So you better start considering now.

How to Create a WhatsApp Ads campaign

Back to where we were, you need to open your Facebook Ads Manager. You don’t need to be a Facebook Ads expert by the way. Just testing things out would be really easy for everyone.
Just follow me, and you’ll get the idea.

You’ll be prompted to the objective selection page, that looks like this 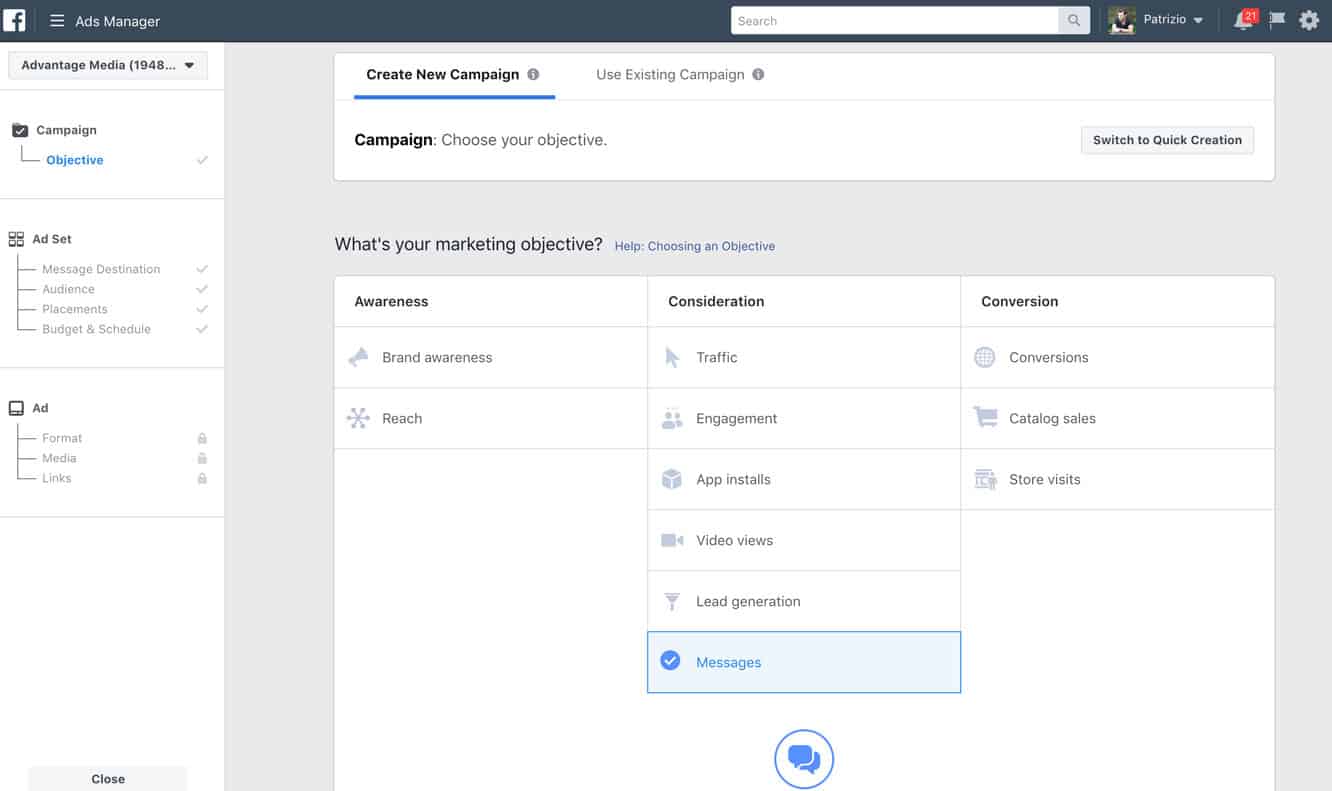 Once there, select ‘Messages’, then hit continue.

As you see, you have the option to choose between Messenger or WhatsApp.

Now you’ll have to add your phone number to validate your WhatsApp business account. 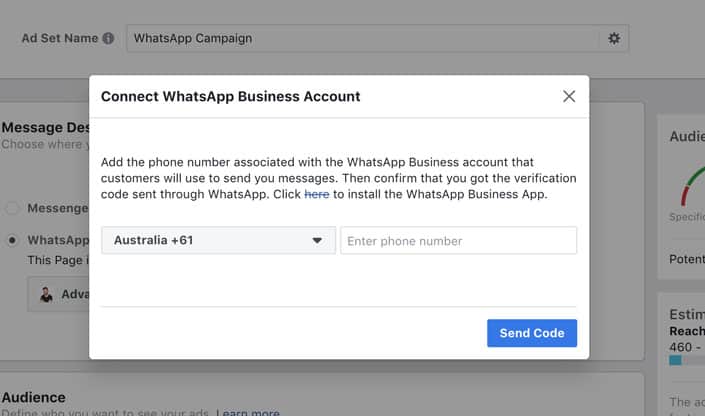 Once validated, you’ll be able to create ads for WhatsApp, just as you would normally do for Facebook Messenger ads.

Creating a messaging ad is straightforward within the Facebook Ads Manager, so I won’t show you how to create a WhatsApp ad here….

Ok, I’ll be honest, I don’t have an Android phone handy right now, and probably I’ll never have one (again).

However, what I can do instead, is to tell you why and when you should be running WhatsApp ads.

Why and when you should be running WhatsApp ads

The primary goal of who runs WhatsApp ads is to shortening the buyer’s journey.

Look, I’m not saying it’s easier. It’s a shorter path but still hard, unless you have a new chapter of ’50 Shades of Grey’ to sell.

WhatsApp advertising is pretty much like Facebook Messenger ads. You have the chance to intimately connect with potential buyers in an instant and make your company feel so close and friendly.

I know this won’t sound good, but realistically, you’ll hit them right to the heart of their personal life.

Psychologically, WhatsApp ads create the conditions for your target audience to accept your brand, almost as a friend. And I believe you would agree it’s not a bad thing.

At the end of the day, isn’t it what every business desperately tries to do every day? Haven’t heard of customer loyalty?

WhatsApp advertising is not necessarily another operation at the edge of legality, aimed to break through your privacy and steal your personal information to drive you more and more relevant ads. Facebook started doing that on the day that bought WhatsApp, so what’s the point? Nothing will really change for the user.

On the other end, however, as an advertiser, you’ll have the chance to reach your audience through messages to:

Imagine if you could send a WhatsApp message like this to CocaCola:
“Hey guys, my coke was warm today, any ideas on how to fix that?”

Jokes apart, WhatsApp advertising won’t be suitable for all types of business.

Do WhatsApp Ads make sense for my business?

WhatsApp advertising makes sense if you believe that opening a direct conversation with your brand is a good idea.

Sometimes, your product or service is so great that would sell quickly, but people are unsure as they don’t know your brand. Opening a direct conversation with them would clarify all their doubts.

Consider, however, that WhatsApp advertising is not a magic wand. Your target audience will still need to do their research about you and your company, like other people reviews etc.

A WhatsApp conversation as the first touch-point with buyers will undoubtedly put your brand under a good light, as it would overtake that layer of uncertainty that a first-time buyer always has.

Remember that in marketing small things make a big difference. Always make sure that the person in charge of chatting with your audience is in a good mood; otherwise, the effect will be the opposite.